This is what MRM editor-in-chief Matt Bernstein told us in 2016, upon completion of the first issue of the Magnetic Resonance in Medicine Highlights magazine. That magazine was the culmination of one year of interviews, blogging, and a social media blitz the likes of which the journal had never seen before. Over 50 people contributed to it, many of them trainees who had yet to publish an MRM paper.

As we were relaxing with drinks at the first Highlights party in Singapore, we realized that we had tapped into a unique community of researchers interested in science communication. It wasn’t planned, it just kind of happened. It fed off the energy of trainees who wanted to get involved with the society and didn’t know of a way in. It fed off the enthusiasm of authors of articles published in the journal, who were surprised that somebody would spend a week obsessing over tiny details in their paper so they could have a conversation about it. Finally, it fed off the curiosity of magnetic resonance professionals, drowning under a pile of 10-page PDFs and looking for an alternative science communication venue where the language is simple, and the writing is peer-reviewed.

Four years later, we are still going strong. Many of the Highlights posts get more page visits than the papers they are highlighting. The Highlights YouTube channel is increasingly becoming the place where a researcher goes to understand the details of a paper published in the journal. Our social media channels are buzzing with activity, and the Highlights after-party is the trendiest place to be. All of this without anybody getting paid for it. 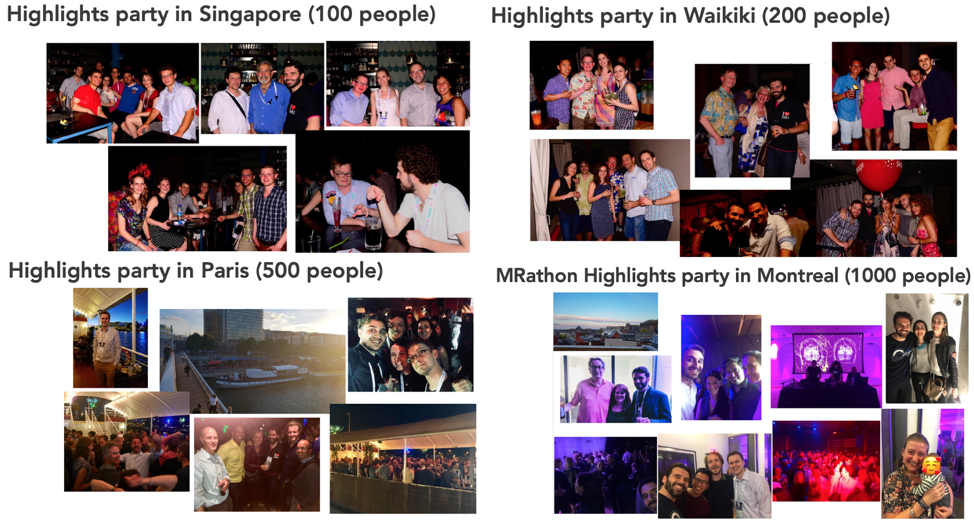 How did we make this grassroots initiative so successful? I don’t really know. I don’t think we were trying to build a community, but we were rather trying to build something new, and the community got excited by it. By now the Highlights initiative has taken on a life of its own, and every year we listen to feedback from our contributors and try to bring innovation to the world of science communication.

I wrote the above paragraphs in the foreword of the 4th Highlights magazine, knowing it will be my last outing as the MRM deputy editor for science outreach. I was recently elected to lead the ISMRM reproducible research study group, and I decided to scale down on my science communication efforts in 2020. I am confident Highlights will continue to thrive under the leadership of Mathieu Boudreau, who has been contributing to it since day one, including coordinating it together with Atef Badji since September to ensure a smooth transition. Mark Chiew, also a past Highlights contributor, has taken on the production of the Highlights magazine and I can’t wait to read the fifth issue. I look forward to contributing to the journal through our reproducibility efforts, as outlined in a recent editorial I co-wrote with Joshua Trzasko and Matt Bernstein. I am also grateful to Peter Jezzard for recognizing the importance of reproducible research and for supporting the upcoming changes in the Highlights format to promote transparent research practices.

There are many people I would like to thank. First and foremost, Matt, thank you for opening the door to Highlights! Erika and Atef, thank you for walking through it with passion and professionalism, bringing in over 200 contributors and thousands of readers over the past four years. Mathieu and Mark, thank you for picking up the baton! All the rest, thank you for writing, reading, and sharing! With Highlights we have made something truly special, and I hope it continues to breed excellence in the years ahead.