This MRM Highlights Pick interview is with Martin Wilson, a researcher at the Centre for Human Brain Health and School of Psychology at the University of Birmingham, UK. His paper is entitled “Adaptive baseline fitting for 1H MR spectroscopy analysis”. It describes an adaptive baseline fitting algorithm (ABfit) for performing baseline estimations in automated analyses of routine MR spectroscopy (MRS) measurements. This paper was chosen as this month’s Reproducible Research pick because Martin shared R code making it possible to fully reproduce all the results reported in his paper.

To discuss this Q&A, please visit our Discourse forum.

MRMH: Tell us about your background and how your research interest shifted towards MRI and spectroscopy?

Martin: My undergraduate degree was in physics, and I was mostly interested in the theoretical side because that seemed to be what I was better at. Afterwards, though, I was craving to do something more applied, and something that would be immediately beneficial to people’s lives. So medical physics seemed like something worth exploring in order to satisfy those desires. At the time, there was an opportunity to do a PhD with a clinician, an oncologist named Andrew Pete who researches childhood brain tumors. The project I worked on involved studying tumor tissues and cancer cell lines at high field using high-resolution magic angle spinning, and that is how I got my introduction to MRS. At that time, there was another PhD student called Greg Reynolds, and together we realized we wanted to automate the analysis of these high-resolution spectra, as they were still done manually at the time. We started work on a software project called TARQUIN; the aim of the software was to fit the data with minimal user interaction. I stayed with the same group to do a postdoc, and that’s when I got more involved with in vivo spectroscopy. That was quite good fun as well, because we were based more in a hospital environment, working with clinicians and discovering some of the barriers that prevent spectroscopy from being used clinically. I think it’s really this combination of fundamental physics, signal processing, software development, and clinical applications that has kept me interested in spectroscopy for the last 15 years.

MRMH: I actually took an MRS class during my masters and thought the method was amazing because you can quantify so many metabolites across voxels. But then I asked my professor how often people use it in clinics, and she said almost never. So, why isn’t everyone using MRS in clinics?

Martin: Have you ever heard the expression death by 1000 paper cuts? In other words, the reason lies in lots and lots of little things, and a few big things as well. In my view, though, the main issue is reliability. It seems there’s a lot more that can go wrong with clinical MRS compared to other imaging techniques. We need to have really high static field homogeneity ; we need to be careful about distortions from scalp lipids also water artifacts and unsuppressed water signals. We have to deal with chemical shift displacement, too, which is a sequence-related artifact. All that on top of standard MRI problems, like claustrophobia, subject movement, etc. Right now, I would say that you really need local expertise in order to get useful MRS data and accurate analyses. 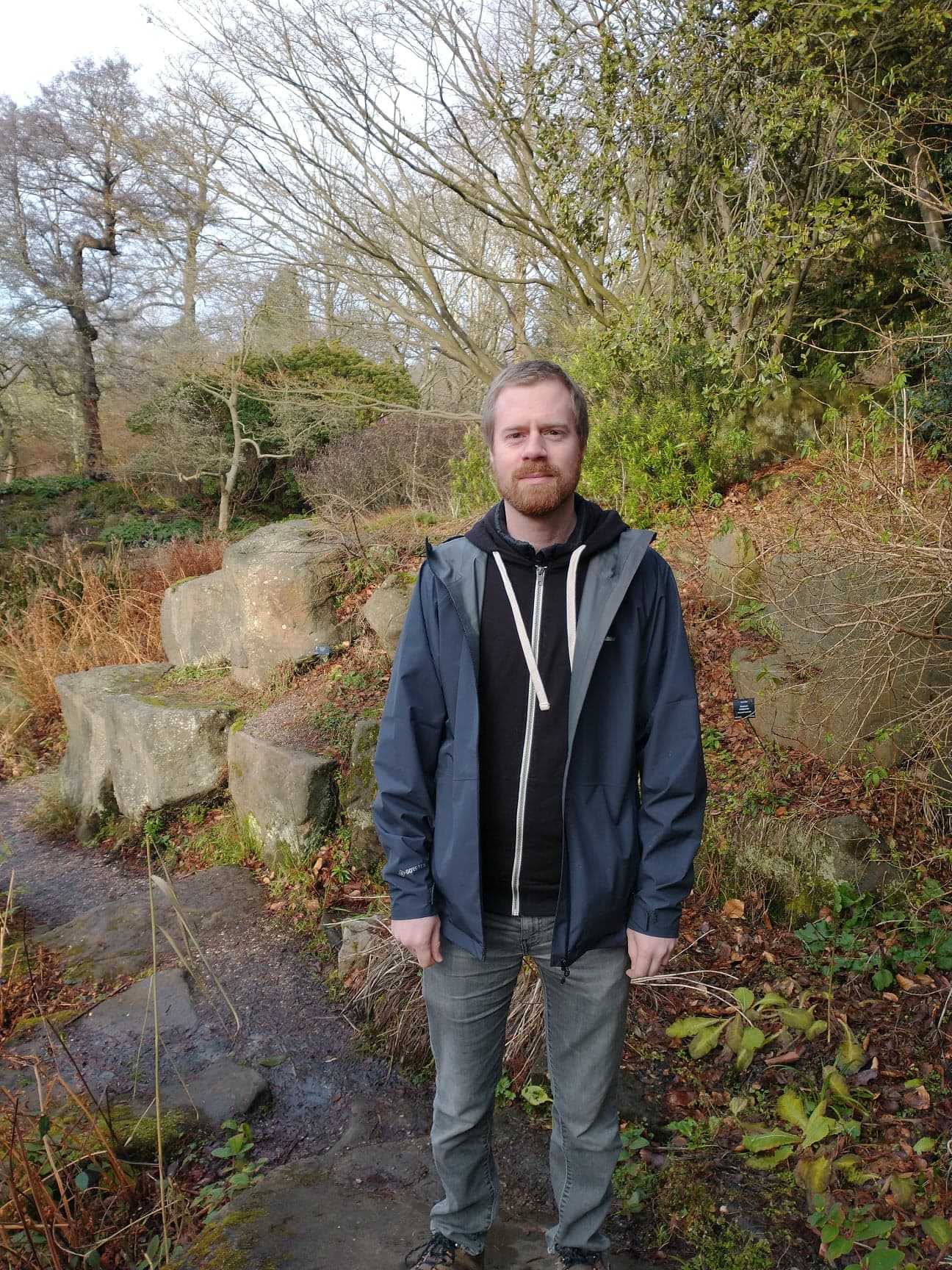 MRMH: Can you explain the importance of baseline modeling for short echo time MRS?

Martin: So, for MRS we like to have as short an echo time as possible, because it lets us see more metabolites. But the downside of that is increased sensitivity to artifacts. Signals from lipids and residual water, which are very broad in nature, are more pronounced at short echo times and thus make the metabolites harder to measure. These signals are called baseline because they have a much smoother appearance compared to the metabolite peaks. And if you don’t correctly account for this baseline signal, or these artifacts, then you can bias your metabolite estimates, so that what you’re really looking at is the baseline interference rather than the true underlying metabolite levels.

MRMH: What was the motivation for your adaptive baseline fitting (ABfit) work?

Martin: Most MRS analysis methods do have a way to deal with baselines. Typically, there’s a parameter that you can adjust that will set how smooth or how rigid you want the baseline to be. But it’s very much a Goldilocks kind of problem: if your baseline is too smooth, you’re biasing metabolite levels, and if it’s not smooth enough and too wiggly, the baseline can become quite unstable. Basically, you want to get the sweet spot between the two. Although this can be done manually for single voxel spectroscopy, with spectroscopic imaging you can’t be going through hundreds of voxels and manually adjusting the baseline parameters. So, the idea with ABfit was to automate that process. And the way it does that is through a series of rough analyses at different levels of baseline smoothness, after which it just picks the best one based on a statistical metric.

MRMH: You’ve been an open science proponent for a long time now, and for this paper in particular you share all the code necessary to reproduce your entire paper. What advice would you give to people just starting to dip their toes into open science and other reproducible research practices?

Martin: I guess to start off with, I’d recommend you just try and use open source tools whenever possible. When you find bugs, by all means get in touch with the authors and report them, and try and work together to solve any problems. And, of course, it’s always good to share your own analysis code. I acknowledge that for a younger researcher, that’s probably quite a scary thing to do because when you’re just starting out you might feel that your code is not good enough quality, or has bugs. But what I can say, as a reviewer, is that I am always much happier to see poor code than no code at all. And we’re researchers ourselves, of course, so we understand that not everyone has time to be a perfect programmer and write perfect code. But seeing code really gives us a sense of confidence. Even if not everything is well documented, or there happens to be a bug, if we can see the steps in your code, there’s value in that. It’s like when you were at school and you were asked to solve math problems: even if you got the end result wrong, you could still get credit for showing your reasoning. I think we should approach code-sharing in the research world in a similar way. And then, finally, I’d encourage people to share their data whenever possible. 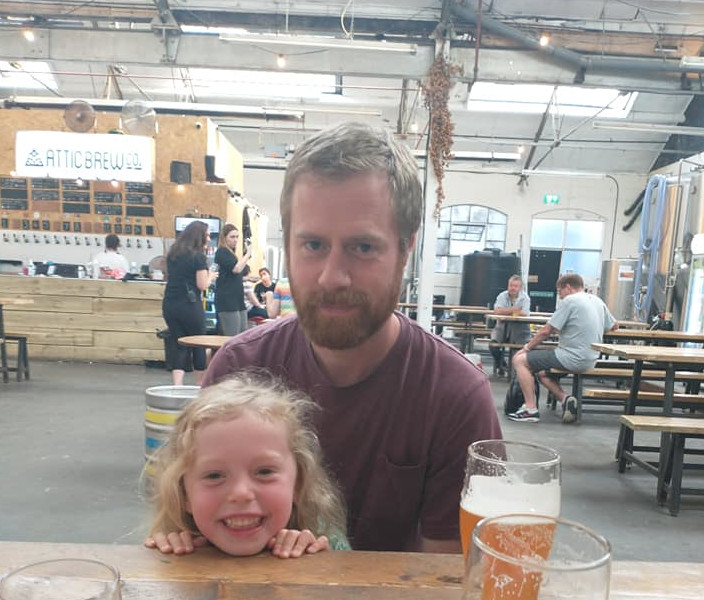 MRMH: To finish off I usually like to ask authors about what they like to do when they’re not doing research, however during this video call I noticed you have a guitar in the background. Is that what you enjoy doing?

Martin: [chuckles] Yeah, this is my Fender Telecaster. I’ve been playing guitar for years. I started off acoustic but then went electric a few years ago. There’s something quite nice about making a loud noise.

MRMH: What do you enjoy playing?

Martin: I play blues mainly, but more recently I’ve been trying to learn a bit of Black Sabbath, comes from being in Birmingham I think! I’m well out of practice though. Before the pandemic lockdown I also used to do indoor bouldering climbing, but now it’s quite difficult to do that because a lot of places have had to shut down. Hopefully this year I’ll be able to pick that up again.