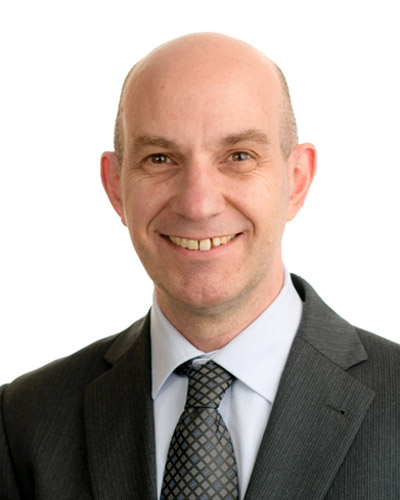 We all have somewhat unusual career journeys; some are more unusual than others—I’ll let you decide where in that spectrum mine is.

After finishing my undergraduate studies in physics in Argentina, I continued to do research on theoretical molecular physics, in the same field I had done my honours research project. At that time, choosing something related to theoretical physics was the natural choice, given the limited resources in Argentina in the early 1990s. In fact, I only needed a pen and a bunch of continuous-form paper from a dot matrix printer to work out the solutions to the equations in my research project (for trainees reading this who may not have ever seen this paper: https://en.wikipedia.org/wiki/Continuous_stationery). It was great for solving long equations by hand (quite normal at that time 😊), as you could use two or three connected pages to write long, full equations all in a single line. While that research was fun, I felt I needed to do something more applied—and also experience living abroad.

After narrowing it down to something medicine-related, I wrote countless letters (we are talking pre-Google and when we used to send airmail letters, so finding out who to write to and contacting them was a snail-paced task). In these letters, I would explain I was very good at physics (luckily, I had finished my undergraduate degree with excellent marks) and was looking for advice about postgraduate opportunities where I could apply physics to medicine-related problems. After many (many!) months and responses (very polite, but saying that they couldn’t help me), I got one reply. I wish I could remember who he was, because it is to some extent thanks to him that I ended up in MRI—I think it was a professor from St. Thomas’ Hospital in London. He told me he couldn’t help me but that he thought that the lab of Professor David Gadian at University College London might be a good fit for me. Such was my luck that when I wrote to David, he happened to be planning to travel to an international conference in Buenos Aires (where I lived) as an invited speaker! So, he suggested to meet up to have a chat. Following that initial meeting (nerve-racking meeting for me, as it was the first time ever I had a real conversation with someone in English, and this was a big professor from London with whom I was chatting about a topic in which I had zero practical experience—although I had read as much material I was able to find leading to that meeting), he suggested I should apply for a Chevening Scholarship (from The British Council), which (in massive part due to his very kind letter of support) I got, and that is how I was able to spend a one-year research stay in his lab in 1994.

It was an amazing experience: a new field (I had never done any MR until I went to London), new continent, new language … lots of first times for me. It also led to Nice 1995 being my very first ISMRM Annual Meeting (it actually was called the “Society of Magnetic Resonance” then, the last year it would have that name before being renamed ISMRM); what an amazing experience—presenting my very first poster, witnessing so many thousands of other abstracts presented, meeting for the first time the names I had read in papers … I think that that 1995 meeting might also have been when the now hugely successful ISMRM British Chapter was officially launched—exciting times to join the field in the UK!

By the way, do you know you can check all those historical Annual Meeting abstracts online (https://www.ismrm.org/members-only/past-annual-scientific-meeting-proceedings-and-syllabi/)? It is an amazing “rabbit hole” to get lost looking at the “very first” abstracts of so many now-widely used MR methods (something the ISMRM is very proud of, as it is at our Annual Meetings where MR advances are most often first shown!).

On a side note, many of you reading this might have gone through (or you are going through now) similar situations with learning, working, and living not using your first language. When I first moved to the UK, my English level was pretty weak. It was good for reading scientific material (as that is how I had mostly been using it: to read physics books and papers at University), but I found it really hard to chat with people—and having to talk with many different people (with so many different accents) in noisy places was exhausting. I remember going to the pub after work (a very common activity in the UK!), and I would be mentally exhausted after a short while (and not due to the beer 😊). The day I was able to chat in a pub without having to give my 100% concentration was the day I really felt I had “mastered” the language (mastered in inverted comments, as even today, after more than 25 years living in an English-speaking country, my accent remains very strong—and the worst part is that my Spanish accent now has an English accent, so I can’t speak any language with the right accent!).

After that one-year scholarship of the British Council, I went back to Argentina. However, it was clear to me that a Ph.D. in MRI is what I wanted to do. David Gadian and Alan Connelly were able to secure funds for funding my Ph.D., and I couldn’t believe I was going back to London to continue learning and working in MRI. It was a great time to do a Ph.D. in London (and the ISMRM British Chapter was now also growing at full steam), and there was a great critical mass of work happening in several labs within a few hundred metres from each other around the Queen’s Square area in London. It was great to see how everyone was so open to share their expertise and knowledge, and many long collaborations and friendships were created during those early years.

Year after year, the ISMRM Annual Meetings were the place where things happened in MR, where you found out about the next big thing, had a chance to chat with the big names of the field, present your work, discuss what next project to try and, of course, travel to amazing places I had never thought I would be able to visit. One of those places was Sydney (for the 1998 Annual Meeting). Many years later, after I already was living in Melbourne, my mother showed me the postcard I had sent them from Sydney, where I had written what a wonderful place Australia was and one that I thought seemed like a great place to live.  Seven years after that postcard, I moved to Australia!

The ISMRM has been the Society in which I have always felt at home, and I have been a very faithful follower for 25+ years. I have always tried to volunteer and participate in as many activities as I can, as I know that the more members offer to the ISMRM, the more the ISMRM grows and can offer back.  We all have a part to play in making the ISMRM as successful as it can be, which in turn helps everyone. My first formal involvement was in 2002, when I was elected to the Committee of the Diffusion and Perfusion Study Group (the “old days” when “Diffusion” and “Perfusion” seemed to be a nice married couple with a joint Study Group 😊—things have moved a long way, although I personally still do research in both Perfusion MRI and Diffusion MRI topics.  I must be one of those children who do not want to choose a favourite parent/home).

If I think of the Fernando who had just finished his physics degree in Argentina, I don’t think I would have ever imagined my career journey would have taken me this way. The ISMRM has been a great companion and a very welcoming Society. It gives plenty of opportunities to get involved and contribute, and the more our members do that, the more we grow and get stronger.

If you are in the early stages of your Ph.D., in a new continent, new language, new field, you should know that you are not alone in that, and so many other trainees are going through exactly the same experience—and many have gone through that before you (as you read, I was one!). Things can be hard at times, but by a long way, it has been an amazing enjoyable journey. I hope that in 20+ years, you feel as excited as I do having been part of this great transformational field of ours, and that you enjoy the role the ISMRM has played in your career journey as well.

Fernando I remember working with you in London in 1999 and joking about you moving to Australia! What a career you have had!

What a wonderful journey! And one I have forwarded to my postdoc from Chile for inspiration. It echos the twisted path sprinkled with a great deal of luck that many of us who started in physics have taken to the MRI field, but it does make me feel old since I started with the SMRM in 1986 as my first meeting! I do remember the 1995 Nice meeting well. Renting a Peugeot 205 GTI and driving friends in the hills above Monaco where Princess Grace drove off the road (eek!). Having done an M.Sc. at McGill in Montreal, I was… Read more »

What an inspirational career journey. I can totally relate to it. It may be partly luck but it is mostly an undying determination to fulfill your dreams and to never give up. You rose yourself to becoming an ISMRM President. Congratulations.